If you’re a semi-regular listener of liberty podcasts, then you’ve probably already heard of Stateless Sweets by now, at least once.  For those of you who aren’t familiar with the brand, Stateless Sweets is (to my knowledge) the one and only agorist candy company around. Without going into too much detail about agorism, the idea behind Stateless Sweets is simple. They make delicious, home-made candies and they’re not going to beg for the government’s permission to do it.

I’ve been a fan of Stateless Sweets ever since I heard about it on Free Talk Live many months ago. Help fund something I believe in and get some candy at the same time. What’s not to love? Last week, when I discovered a coupon for 15% off, the temptation was just too great. Thinking (perhaps foolishly) I’d give most of it away to friends and family during the holidays, I ordered some English Toffee and Peanut Brittle. Being a bit of a chili feen, I also got an order of Sriracha Lollipops for  myself. 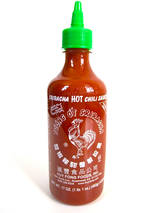 The order arrived at my door a few days later via USPS, and after talking about Sriracha Pops all week, I was eager to give them a try. Srircha is a chili based hot sauce from Thailand, which isn’t something you’d normally expect to find in candy, but it’s actually a popular combination in a number of different cultures. And for good reason. It’s delicious. It took a little effort to remove the wax paper from the pops (nothing a little water can’t take care of), but otherwise, these things are a work of art. The few friends of mine, that were daring enough to try them, agreed.

If you’re like me and agree that spicier is almost always better, then these probably won’t phase you. At least not at first. After a few minutes with one of these, you may just have to reach for that glass of milk. I definitely wouldn’t say they’re too spicy, but they’ll absolutely get your blood pumpin’.

The English Toffee and Peanut Brittle were both supposed to make it to my family after Thanksgiving (Thankstaking as Michael would say) dinner, but only the toffee made it to its final destination. The Peanut Brittle was so deliciously rich that I’m not even sure how it was possible, but I devoured it before Thursday even rolled around. I kind of feel bad that my family didn’t get to try it, but not really. Not after what they did to the toffee.

The English Toffee did make it to Thursday evening, though it met a similar fate. Before we continue, I should probably mention that these are no small bags of candy, we’re talking half pounds here. I bring this up now because it’s important to consider how incredible it is that my family practically polished off the entire bag while I was in the kitchen helping with the dishes. I’m afraid I didn’t get to try the English Toffee myself, but it should go without saying, my family loved it. I guess I’ll just have to order some more next time. Woe is me.

The candy is fantastic, no doubt about it. I plan on trying several of the other gourmet candies in the near future. Supporting a business that shares your values is also highly rewarding. However, the greatest thing about Stateless Sweets is their ability to spark important conversations. Use the opportunity Stateless Sweets provides to share knowledge with friends and family, which becomes infinitely easier when you’ve got a bag of free candy pointed in their direction.

It seems like Stateless Sweets always has a new promotion just around the corner, and the best way to be notified of these discounts is to follow Stateless Sweets on Facebook. Gift baskets are also available during the Winter season. Get your orders in right away to make sure they ship in time for the holidays!